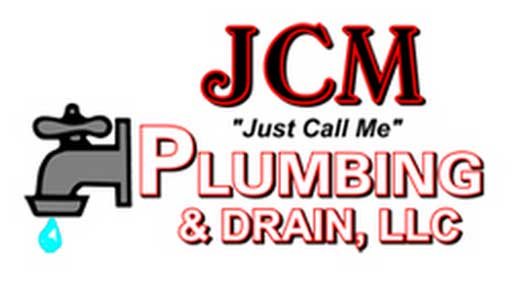 How Are We Doing?

The line was 11 feet deep at the street. The machine could only go 9 1/2 feet deep. The other 1 1/2 was dug by hand without complaint. very professional, courteous, and quick to respond to need.

They completed the job very quickly and professional.

This is the only company in the KC area that willingly worked with Kansas City permits office, but Jeremy got it done. Installed new septic tank and got it officially inspected and passed with flying colors. I will recommend him to everybody I know.

All as quoted, on time with the work & fair price.

Jeremy was very prompt for the initial estimate and took the time to explain why one of the options was much better than the other. He scheduled the job quickly and showed up a few minutes early that day. He finished the work well within the estimated time frame. It was quality work done right the first time. I have marked JCM as a favorite for our plumbing needs.

They contacted us right away. They gave us a good quote and came promptly. The job was done right, quick, and no mess afterward.

They had a quick response to my message. They called and told me when they would be here and were. They were professional and did an excellent job. The quality of their work was excellent. They were fast and efficient. They had a pleasant demeanor.

He was fast and cheap.

Jcm has blown our expectations out of the water! He (and his team) are very experienced, dependable and honest. I am so glad to have a plumber in my back pocket now for future projects!

Jeremy and his crew were professional, efficient, and just easy to communicate with. Jeremy offered options and shared information every step of the way. I would definitely recommend JCM Plumbing and Drain and will call them again.

I shopped around for a plumber in the Harrisonville area to install a tank water heater we got from Lowe's. Jerimie was awesome on the phone, and gave me a quote that was much lower than competitors. (So much so, I double-checked that he is indeed a licensed, insured, and bonded plumber!)

Jerimie didn't do the job himself, sending Carl and Caleb instead. They were clean, polite, efficient, and thorough.

They showed up on-time, didn't bat an eyelash at the heat-pump intertie we had connected to the drain port on the old unit, or that we needed an expansion-tank installed (which we also purchased from Lowe's). They got the job done in a little under 2 hours, including a fair amount of copper pipe work above the new unit to attach the expansion tank.

This is the best company in the Kansas City area. I called about 20 different companies trying to find one that would work with a Kansas City permit to replace our septic tank. Jeremie worked diligently with the city to get the legal permit, replaced the septic tank in a very timely manner and was at a good price. Of course his work passed with flying colors with the KC inspector. So very happy with JCM Plumbing.

They arrived 15 minutes early and immediately assessed both issues and got to work. One of the issues required more extensive work. Their work was efficient, they left the work area clean, and the price was very reasonable. I couldn't be happier to have found such a great plumber!